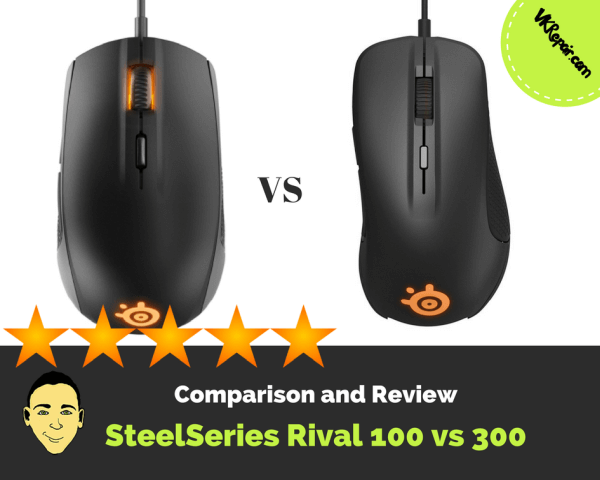 If you’re an avid PC gamer, you’ll agree that a gaming mouse can make or break a gaming experience. Find a great mouse and you can rest assured of plenty of fun. An average gaming mouse, on the other hand, can be slow and poor on the feel, making even a great game seem like a bore fest no matter how good your gaming laptop is.

While both are fine pieces of art, excellently engineered and full of promise, the Rival 300 has always won plaudits as being the better of the two mice, with reviewers raving about its superior design and multitude of features.

But, you must also keep in mind that the Rival 100, which is the original version, it will cost you less. Considering these differences, which option would represent the best value for money? 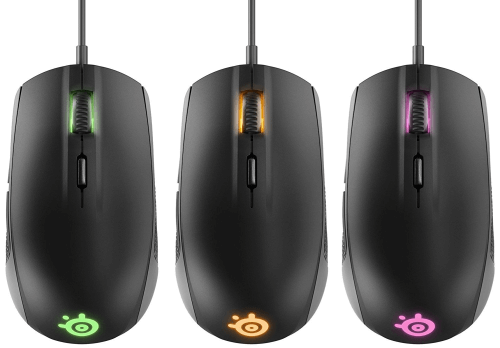 The SteelSeries Rival 100 optical gaming mouse has a high grade sensor, 6 customizable buttons, a CPI up to 4,000, 30 million click switches, and 16.8 million color RGB illuminations. Here are a few things you can expect from the 100;

At the core of the Rival 100 is a custom designed optical sensor with 20g acceleration, 143 IPS, ad 8 CPI steps up to 4,000. Put together, these allow the Rival 100 to provide players with accurate one-to-one optical tracking experience at a reasonable price. 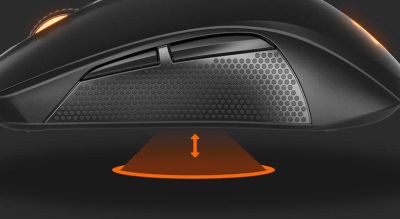 You’ve probably noticed that with some gaming mice, when you move the mouse faster, the sensor moves faster too. This can diminish gaming experience considering that sometimes gamers end up moving the mouse faster by accident rather than choice.

The Rival 100 fixes this issue! With this mouse, no matter how fast you move it, the sensor will always reach the same point as the hardware is designed to focus more on physical distance rather than the pace at which the mouse is moved.

The Rival 100’s engine allows gamers to take full control of the mouse. You can customize the illumination with more than 16 million options, customize and remap the six buttons, adjust the optical CPI, and create configurations for your games such that these configurations are automatically ran when the game is launched. 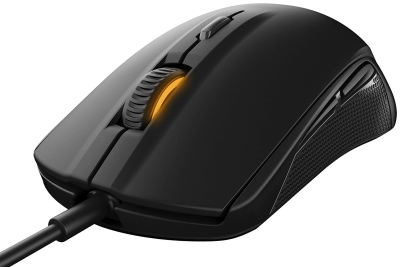 Finally, the ergonomic, right-handed shape and the six buttons make the mouse easy to use even for beginners. You won’t be needing lessons on where to find control buttons and the rest. The sculptured side grips make handling the mouse even easier.

The durable, textured grips on both sides provide maximum comfort, so you don’t ever lose control in the middle of a heated battle, and the vibrant, colorful illumination makes it possible to take complete control of the SteelSeries software. 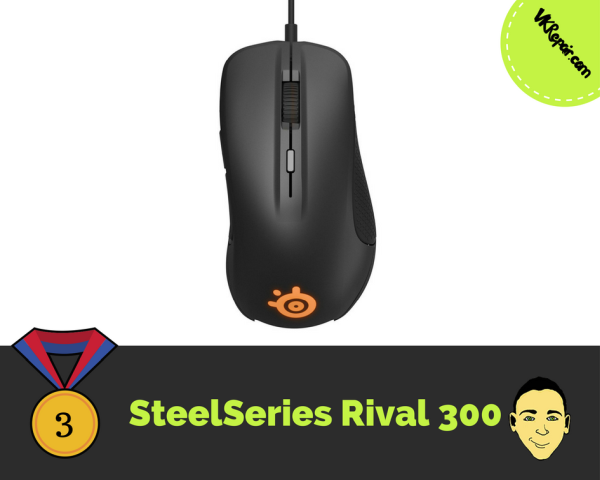 If you want to upgrade, however, SteelSeries now have an even better gaming mouse – the Rival 300. According to the manufacturers, the Rival 300 isn’t very different from the 100. The two share a lot of features.

SteelSeries Rival 300 was actually featured as one of the best fingertip grip mouse.

In fact, SteelSeries says that “while designing the Rival 300, (they) kept everything you loved about the original Rival and added several improvements."

SteelSeries dimensions, for instance, remain the same for both the Rival 100 and 300. Product color options also haven’t changed.

So, what are the improvements? 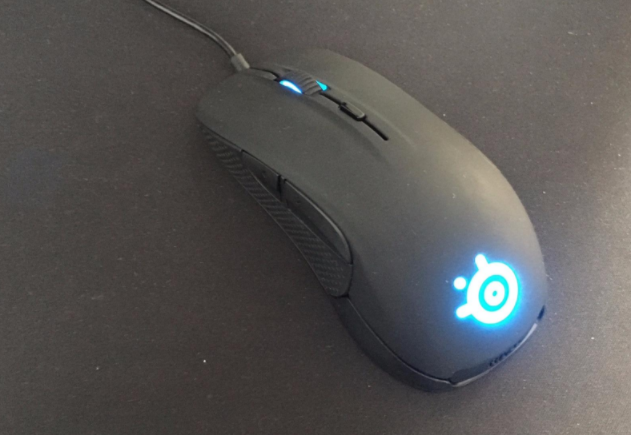 The Rival 300’s performance is above most mouses. You’ll notice a series of tweaks, new switches, and a new sensor that allows players to stay on top of the game at all times.

If you thought the Rival 100 offered incredible customization, wait until you see what the Rival 300 mouse has to offer. With additional colors, your illumination options become even wider.

There is what is called two-zone illumination that further allows you to improve virtualization and control. The mouse also comes with 3D printable nameplates.

And, the engine is improved as well. Instead of the original engine, the Rival 300 comes with a SteelSeries Engine 3 for faster performance and pinpoint accuracy. 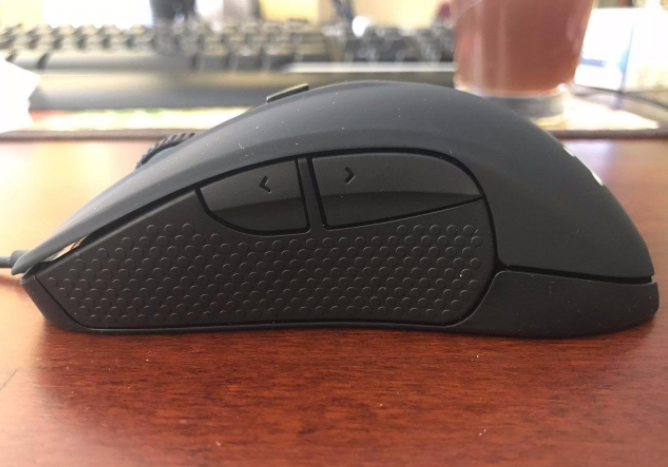 Revised shape with refined side grips

SteelSeries says that the 300’s shape was molded from the best gaming mice. Comfort was a key informing factor during the development of this mouse, which is evident from the raised back end and sleek contours.

The side grips have also been improved and now feature more durable and dense material that make it more resistant to scuffs and sweat.

Lastly, the 300 features a Pixart PMW3310 optical sensor that delivers zero acceleration, offering true 1:1 tracking. But it’s not the same as the optical sensor found in the Rival 100. This is a best-in-class CPI with adjustments from 50 to 6,500.

Fine tuning has been improved just as much. Programmable buttons, polling rate, deceleration, and angle snapping are now some of the features you’ll enjoy.

The additional features make this mouse truly one of the best in the market. Get this mouse and a powerful gaming PC and you’re ready for the quest of your life.

However, it’s important to mention that the superiority of the 300 doesn’t make the Rival 100 useless. On the contrary, and especially if you’re on a tight budget, the Rival 100 would be a great acquisition. Priced under the Rival 300’s price tag, and considering its capabilities, it’s still one of the better options available to gamers.