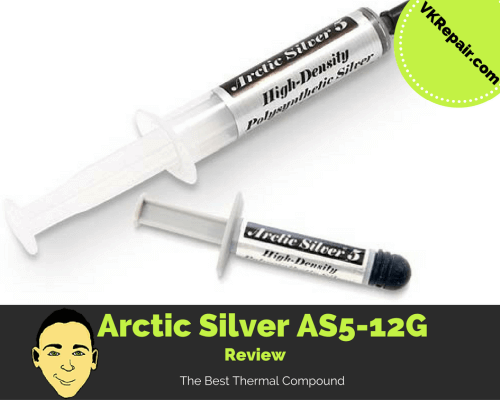 If you ever owned a PC, you probably know what a thermal compound is. You also know that without a high-quality product, your CPU would overheat leading to various issues with the entire computer. The Arctic Silver AS5-12G is one of the best products on the market due to its features that allow the heat generated by the processor to be conducted towards the heatsink as efficient and as quickly as possible.


The product is usually delivered in a small syringe (for optimum storage) and can be used on several CPU cores as the necessary quantity is very small for one application. The paste is designed with micronized silver and ceramic particles that help enhance the thermal conductivity creating a smooth contact between the CPU and its heatsink.  Even more, the Artic Silver thermal compound is designed to be used with most modern, high-power CPUs and water cooling systems. So, I guess you can say it doesn’t hurt to have it around.

Arctic Silver AS5-12G is the go-to thermal grease for a wide range of users and many won’t use anything else. While this alone is a testimonial to its efficiency, let’s take a look at the features that make it so great.

The Arctic Silver thermal compound includes pure silver particles designed in three unique shapes and sizes to make the thermal transfer as smooth as possible and to maximize the contact area between particles.

If you’re not an expert in thermal conductivity and thermal efficiency, the things you’re about to read may sound like jibber-jabber. Still, it’s important to know that the Arctic Silver AS5-12G contains micronized silver, sub-micron zinc oxide, boron nitride, and aluminum oxide particles. 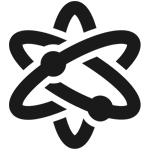 These are actually ceramic particles with the property to improve thermal conductivity and, by association, the product’s performance. Also, the AS5 thermal grease is stable for long-term storage so you won’t have to buy it too often (if you’re a personal user).

How to apply Thermal Compound

The product comes with instructions and you can find more information on the producer’s site. However, the optimal amount is about a regular-sized pea, right on the center of the processor. You also don’t have to spread it – once you apply the grease, simply place the cooler on top and wiggle it a bit left to right to make sure the grease has spread evenly. And that’s it!

You should know that this product is specially designed to work in two phases:

If you’ve never used Arctic Silver thermal compound before, you will see a difference pretty soon. The main difference is seen in lower temperatures, which leads to an improved performance of the entire PC.

Check out the Arctic Silver Paste on Amazon