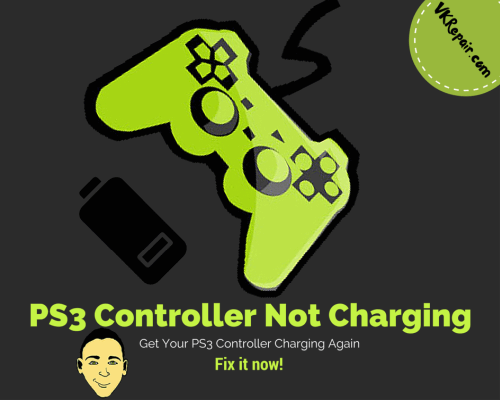 PS3 Controller not Charging When Plugged in

Playing video games is a fun hobby, and not being able to access them due to technical troubles like the PS3 controller not charging is extremely annoying. If you are trying to play video games on a Playstation 3 or using a PS3 controller and are having difficulties getting it to function, see if this problem applies to you: 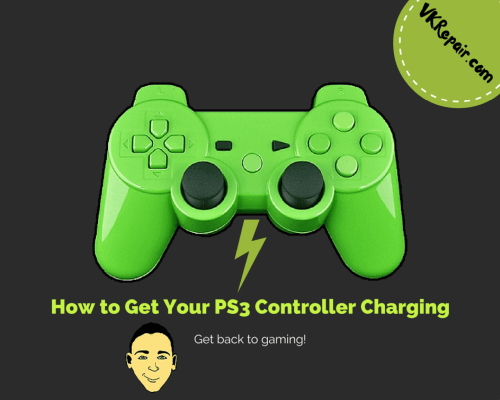 How to Get Your PS3 Controller Charging

When it comes to dealing with the issue of battery life, there is always a concern that the issue may be with the battery itself and that you will need to replace the battery or even the controller.

Before going to such extreme measures, try some DIY approaches to rectifying the PS3 controller from the charging issue that have been shown to work in many cases in the past. Every battery problem is unique, so you may need to try a few approaches before you find the one that works for you.

Connect your PS3 controller to your console

Certainly the easiest thing you can do is try to connect the controller to the gaming system. To do this, all you need to do is leave the controller plugged in to a USB cable as though it were charging. Then press the Playstation button on the controller when the red lights begin to flash. If the controller is responding properly at this point it should begin to auto sync with the system, which can fix certain issues with the device.

Be sure that the USB cord connected to your Playstation system is working properly, as an issue with these cords could manifest, causing an inability to properly charge your controller. To test this, use the USB cord to try to charge some other device such as a USB headset or another gaming peripheral. 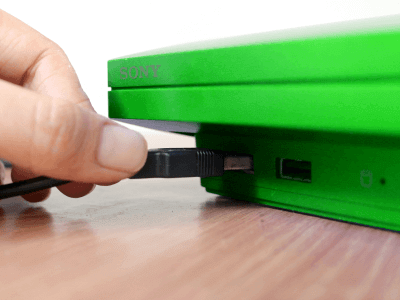 If those other items still charge normally then this suggests that the problem lies within your PS3 controller rather than with the Playstation console as a whole.

Note: Try a shorter USB cable. Long USB cable require more juice to flow from the console to the controller!

Connect you PS3 Controller to Your Computer

Here is a little trick I saw on Youtube. Plug in the controller to a computer or laptop. After the lights come up, unplug the other end from the controller. The PS3 should turn on and the controller should be now synced to it.

Try resetting the controller. You can use a paper clip. Unfold the paper clip and insert it into the tiny hole below the L2 button. The controller should be connected to the console while you do this. Hold down the reset button for a few seconds.

How to determine if your PS3 Controller battery is dead 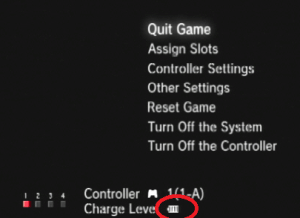 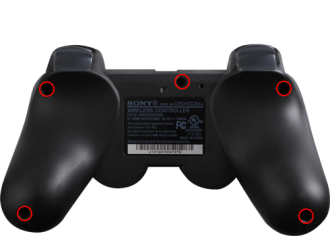 If the quick fixes did not solve your problem, then it may be time to start trying to check the battery itself. Getting to the battery is quite simple. Use a screwdriver to remove the five screws from the controller that keep the battery in place and open the compartment. Be sure to keep the screws somewhere safe so that they don’t get lost!

Once the compartment is open, try unclipping the lithium ion battery and letting it sit for 5-10 minutes. This is the perfect opportunity to clean the PS3 controller of any dust. Then try to reconnect it and see if this fixed the PS3 controller not charging problem.

If replugging the battery did not work on its own, then it is time to try to determine whether the battery is what is causing the problem. This will involve your second controller. Hopefully you have a working PS3 controller lying around. To check this, open up the problematic PS3 controller and another one that is working properly and is fully charged.

Swap the batteries of these two controllers and try to charge them as you would normally. If both controllers charge properly then congratulations, the problem is fixed! If, however, only the controller that received the battery that you already knew worked will charge then this suggests that there is a problem with your battery. 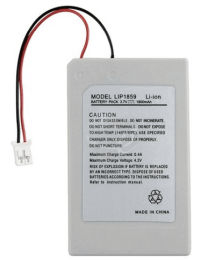 When you have exhausted all of these options and still the PS3 controller is not charging, it may be necessary to buy a new battery. Fortunately you can find replacements online and they should provide you with estimates of their life in terms of how many hours of playtime you will be able to get out of them. PS3 replacement batteries are very cheap when you compare it to buying a brand new controller.


Once you buy the replacement battery you simply need to pop off the casing as described above, and replace the current battery with the new one. Be sure to follow local regulations on the disposal of lithium ion batteries when you dispose of the old one. In some cases SONY may actually exchange your battery or controller for a new one, so if it is still under warranty you may want to contact customer service at this point in time.

PS3 Controller Battery Replacement Tutorial PDF
Download
If buying a new battery is not the solution to your problem, you may need to buy a whole new controller. This is why it is important to do a battery swap with a working PS3 controller to determine if the battery is at fault.

This can be very frustrating since the controllers seem as though they should not give out and there may not be any clear problems within them. When you buy a controller, whether new or used, be sure you buy it from a reputable vendor so that you do not end up with an off brand alternative of suspicious quality.

Hopefully this guide has solved your problem of the ps3 controller not charging and allowed you to get back to Playstation gaming in the least amount of time possible. If you did need to buy a new battery, be sure that you care for it properly!

If your new battery is cared for properly then you should be able to use it for hundreds of hours of gaming in the future. PS3 controllers are not cheap! They can cost as much as a new game itself.