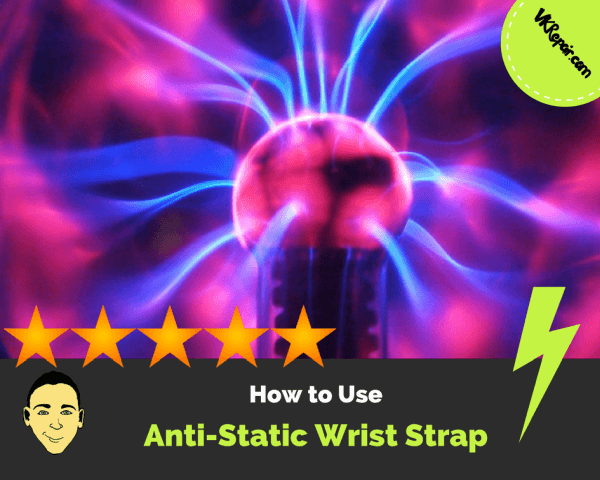 How To Prevent Static Build Up With Anti-Static Wrist Strap

Accumulations of static electricity can cause damage to PC motherboards and also cause safety issues for the person working. It is important that you know how to use anti static wrist strap! 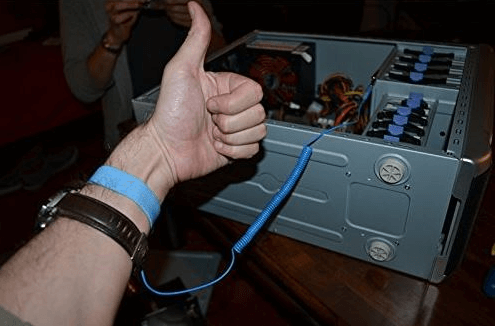 Anti-static wrist straps are also used by those working around explosive devices because they prevent the formation of sparks that could potentially cause an explosion. Usually they consist of an adjustable band that has anti-static fibers woven in. This is then attached to a ground conductor of some kind.

The fibers themselves are usually made of either carbon or carbon-filled rubber and the conductor resembles a metal alligator clip. They are often used along with an anti-static mat or other similarly anti-static work space mat. These types of devices can also be referred to as electrostatic wrist straps.

While these devices serve a beneficial function when it comes to protecting the integrity of electronics, they also protect wearers in situations where they may be working with high levels of voltage. Each anti-static wrist wrap may come with specific guidelines for use, and many actually come with various electronic devices.

For example, when working on a computer, an anti-static wrist wrap could be connected to the frame to prevent a power surge. 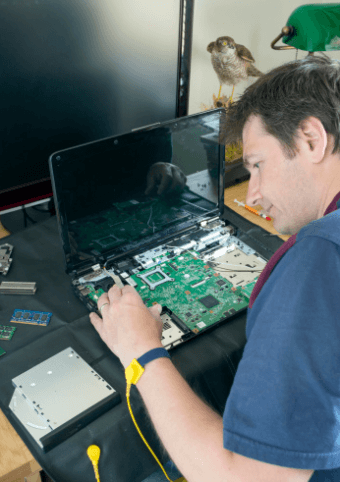 Anti Static Wrist Strap: How to Use Them

If you’re planning on building an electronic device or repairing one on your own, there are some steps you may want to follow when using an anti-static wrist strap. The first thing you’ll want to do is place the computer’s case and the motherboard next to each other on your work space.

Ideally, the work space should have an anti-static mat on it as well.

If you are repairing an iPhone, or any small device, you should get an ESD mat. You simply clip the anti static wrist strap to it and you are good to go. 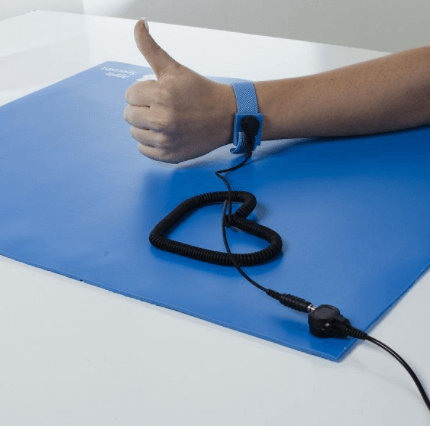 By doing this you put your body at the same voltage potential as the device you’re working on.

As a result you will successfully eliminate any possible static discharge. This will keep you safe, as well as prevent damage to the PC or other electronics. You may also want to work on a wooden table to minimize static build up.

Only use the hand that has the strap attached to it when working, and keep the other free hand in your pocket or behind your back. This will prevent shocks from traveling through ungrounded parts of the body and reaching vital organs like the heart.

There are A LOT of anti-static wrist straps you can buy out there. They all mostly do the same thing. It is always important to check the reviews on these as sometimes the manufacturing can be flawed. I have seen some reviews saying they got some straps that do not past the meter test because something was not made right.

The ESD straps below are highly rated and reviewed.

The Rosewill ESD Anti-Static Wrist Strap is a high-quality, adjustable wrist wrap that can be used to effectively ground yourself while working on electronic devices. It has a resistance of < 10K Ohms, a 6 foot, 1M Ohm 10 percent cord, and a comfortable Velcro strap that can be easily fit to most wrist sizes.


The grounding cord is also coiled to prevent tangling while working, and is removable via a small button attachment. The cord can sometimes come unbuttoned during use, and actually doesn’t have electrical continuity.

It comes in a bright black and yellow color scheme and the alligator clip fastens securely to metal surfaces like PC chassis.

The Vastar ESD Anti-Static Wrist Strap is a similar wrist wrap to the Rosewill model, and accomplishes a lot of the same things as far as preventing buildups of static electricity. It comes in blue, has a long coiled cord to prevent tangling, and also has a sturdy alligator clip. The strap is also is adjustable, and has a clasp for extra security while working.


The grounding coil is also removable via a small button attachment. It’s perfect for workspaces with carpeted floors, and is fairly priced. Considering that static buildup could cause hundreds of dollars of damage to your PC, the Vastar ESD Anti-Static Wrist Wrap is an excellent investment.

However, the cord is a little short, and it may coil a bit too tightly which may make it difficult to get the dexterity you need while working.

The Zitrades Anti-Static Wrist Strap is extremely comfortable, and has a watch-style design. It comes in black, has a 360-degree swiveling grounding cable and has a total length of 8.2 feet when fully stretched out. The band itself also stretches to accommodate a number of different wrist sizes.


You won’t have to use Velcro or a clasp; the wrist band has enough elasticity to slide right on or off. However, this unique design made it a little less snug around the wrist.

It is easy to put on, but while working it may move a little bit making it a little more inconvenient that some other anti-static wrist straps. The grounding coil and alligator clip are also removable, and has a resistance level of 1M Ohm +/- 5 percent.

While these wrist-straps are an effective way to ground yourself while working on a computer, there are a number of other options you can use in conjunction with anti-static devices. Preventing electrostatic discharge should be a priority for anyone working on an electronic device, and precautions should always be taken.

Into DIY? You can actually make your own grounding wrist band. Check out how to here.

By using these methods along with an anti-static wrist strap, you’ll be able to work safely and also preserve the integrity of your valuable PC components.