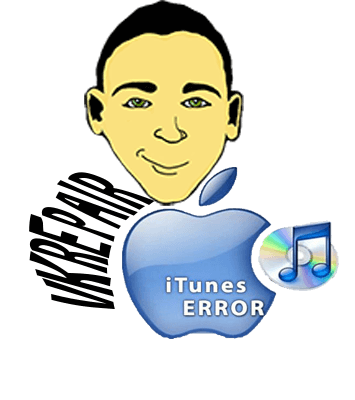 iPhone 6 error 53 is an unknown hardware problem that causes it to go into an endless cycle of rebooting itself. It is unable to be fixed by downloading any updates, whether on the device itself or by updating it through iTunes. Apple has a list on its website of 65 numbered errors for people to use for troubleshooting purposes, and Error 53 is not included in them.

For some strange reason, the company is keeping mum on the specifics of what causes the issue, and they may not even be aware of what is causing it. It has been identified as a hardware related malfunction, but not much information beyond that has been released by Apple. The only solution Apple seems to offer for this error is for people to take their iPhone 6 to their nearest Apple store and hand it over to the lovely people at the Genius Bar in exchange for a brand new replacement (provided that the phone in question is proven to have not been tampered with by the customer returning it).

There are videos of people offering ways to supposedly remedy the iPhone 6 error 53 at home, however these may not be advantageous to the customer as tampering with your device’s motherboard and internal components on your own can void the warranty of your device. This can leave you vulnerable should a problem arise with the device that you are not able to remedy on your own, and leave you high and dry for your initial investment on the phone.

The cause of the iPhone 53 error is the touch sensor. If you just got a new iPhone 6 and you are stuck with this error, bring it back to the store. Apple will cover this repair as there is an issue with the touch sensor. Now if you are repairing a damaged iPhone 6, it could be a bit more tricky.

So what does all of this mean? Well, quite simply, you cannot swap out the touch sensor during a repair. If you do, it will never work and your will get the iPhone 6 error 53.  This means never buy a damaged phone that does not have the screen!

Now that you know what the iPhone 6 error 53 is, you are probably wondering what you can do to fix it. If you do not have the original touch sensor, you are out of luck, sorry. If you do have it, reinstall it back. However this can be complicated to troubleshoot. If there are signs that the iPhone has been repaired before and you are getting the error 53, most likely it isn’t the original touch sensor.

How to Replace the Touch Sensor Cable

The iPhone 6 home button cable is located underneath the LCD assembly. It is taped under the metal bracket. You will need to remove the metal piece in order to get to the cable.

The home button is secured by two Phillips screws.

Disconnect the home button cable from its connection. 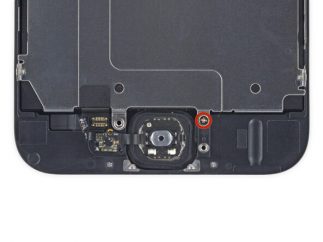 There is one Phillips screw on the bottom of the LCD shield plate that has to be removed. 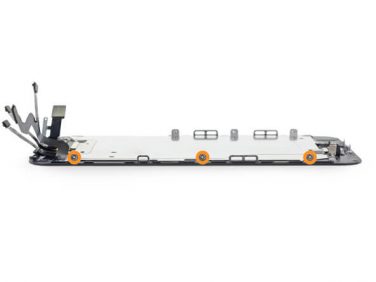 There are more Phillips screws on each of the side of the LCD shield plate. 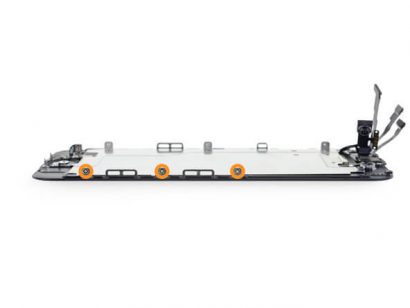 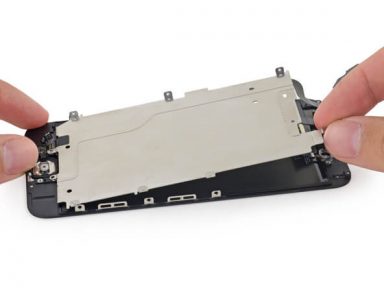 You should be able to lift the LCD shield plate once the screws are removed. However do not lift it all the way out as the cable is still attached to the home button. 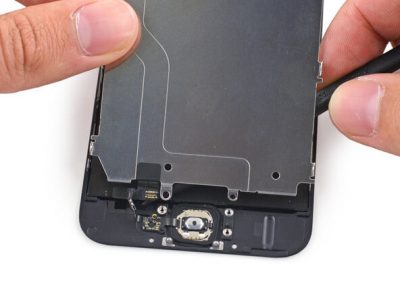 The cable is attached to the LCD panel with adhesive. With your tool, slowly pry the cable from the front assembly. The LCD shield plate should now be free. 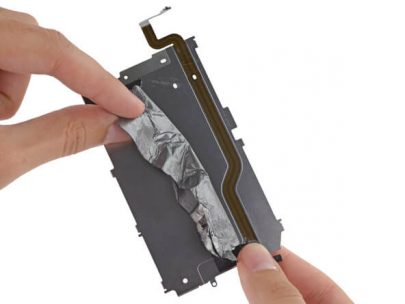 The touch sensor cable is on the back of the LCD shield plate. It is below the tape. 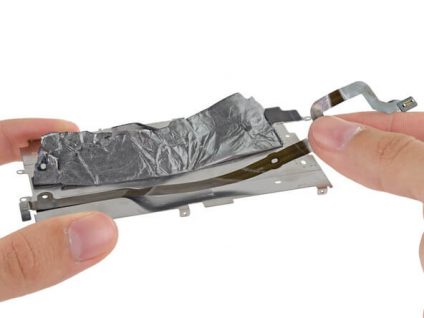 Once you have gained access to the cable, you will be able to replace it. A replacement iPhone 6 touch sensor can be found below.

The iPhone 6 has had numerous problems reported on since its release, but the iPhone 6 error 53 seems to be by far the most mysterious and inconveniencing of all of them so far. However, there is a lot to be said about Apple’s willingness to bite the bullet and simply replace peoples’ devices should they encounter the problem.

It is quite shocking that after all of the money and time Apple puts into research and development that an error such as this could exist. Clearly they identified it before releasing the product, since it is numbered. So it appears that they have some knowledge of the error and what causes it that they’re withholding from the public. What the reasons are for that are yet to be revealed. I don’t believe there’s anything nefarious or devious behind that, but it sure does leave the door open for all kinds of theories. 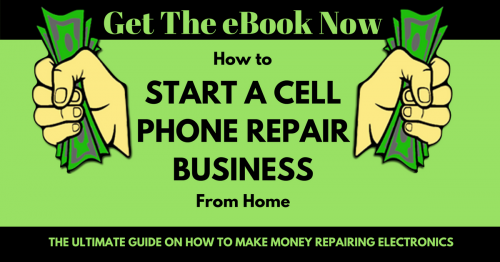